A downloadable MGI for Windows, macOS, and Linux

Am curious what u got in store

I'm not too sure how to pm but id love a list if you're willing to send me one :)

my guy hit me with some good games, i seriously can't find anything good that supports android, aside from third crisis and monster girl quest, everything was dull and incomparable

Am curious Too pls

@nanamonster could you tell me some good games too?

im definetly curious even if its paid games

will you make an android version?

I have a problem with Mac version I can download the game but when I try to launch it, the message "impossible to open MGI" pop. Can you help me the game looks very cool

Have you tried the newer versions? I would imagine they work better.

had the same problem, its a issue with permissions. To fix it open terminal and if MGI is in applications write

Where can I buy the full version?

You have to wait a while, he doesn't even have a full version yet(to the best of my knowledge).

The dev is trying to get the prologue onto Steam.  I imagine that he will post it here too when that happens.

Here's a few more episodes recorded on the latest build. Lots of Monsters to enjoy.

Where can I buy the full version?

there isnt one just yet, it is still being made, the dev is up to chapter 4 of the story and each chapter lasts maybe a little longer than a day (ingame) you can finish the game in about 2 hrs

this game has a full version tho

sry my bad, it's prologue

Wow, this scumbag scammer's game is still on this site? Despite literally robbing his patreons for 4+ years, and only giving them a single update, lol. What a piece of fucking garabge this guy is. Be forewarned, future site visitors - this dev is a shitty scammer, and just milks patreon for his cash. The game will never be completed.

I know from personal experience that making a game is a very laborious task.  Depending on the work done, 4+ years is really nothing when building a game by yourself.  And I'm pretty sure that he has released more than one update for Patreons since posting this demo.

With that said, I'll admit that from the progress I've seen so far, the current releases are pretty underwhelming given the time he has used and the funds available to him.

I'll be saving my judgment for when (if) the final build is released.  He could be making progress and assets that we haven't seen yet, and would account for the time taken.

under normal circumstances, no. on a monthly Patreon? yes. lol.  skim through the comments here, it's a shitshow.

couldn't agree more. I don't like someone asking money for claimingly $0 game.

I made an account just to downvote this post. Do you have any idea how difficult it is to make a fully 3d game from scratch by yourself? Obviously not. The progress is actually pretty impressive considering the quality of the content and the size of the team. Take your negativity somewhere else.

Part 2 of the Prologue, there's some cool new additions to the game.

Continuing the series as i now take a look at the Prologue!

Is there a VR version of this? it could work pretty well as a VR game

It could be my potato of a video card but even on the lowest settings and resolution, it freezes after the tutorial. It's a shame too. It looked interesting

I saw it. he update for patreon patrons only.

he has another 6 years to exceed trust limit from Perkedel.

if in 6 years still no public update or there is one but Patreon patron exclusive = SCAM!!!

I'm sorry to tell you this..but. The game's already dead

Please let this be a hoax

I am wondering if I should be a patron of this game. Will the game be pubished?

This, idk. When. Just hope it will. Perkedel has trialed Redamz for 6 years from now to publish the release to make Redamz trustable. Otherwise, late and no publish, Perkedel mark him a scam.

Why are you talking about yourself in a third person?

I mean, I gave Redamz maximum 6 years for public update which means the real this itch update here after the Patreon.

If he failed to deliver the public update after 6 years which means from now to there is 1 January 2025 and found out that the latest version update is exclusive to Patreon, and/or fell to Steam or any proprietary game store at a not $0 price, I will mark him as a SCAMMER and me, will tag Redamz as foes.

This includes banning him from e.g. my Discord server.

And who are you @Perkedel Technologies?
You write like you own the game and Redamz is just a person who works as freelancer for you.

hello guys when Ai-chan sing the game stop working can someone give me a save file after the player wake up from the dream pls and thx you can find the save files in
C:\Users\YOUR PC NAME\AppData\LocalLow\by redamz
and you might need to press view show hidden items so you can see app data

Dont hate on me im just sayin! And the comments section here is probably way more mature than a c section in youtube ( No 9 year olds here ) sooooo no hatred? Hope not lol

Considering people have waited longer for non-hentai games or other entertainment venues? No. Not really any more pathetic than those situations.

this is the "original", the full prologue (aka demo 2) was released for patrons last month and will eventually be released publicly (for free) as well, but iirc the full game will cost money for non-patrons, whenever that comes out.

Why is the website is directing me into a patreon?

Agreed. I find it kinda count-intuitive that the only way to learn the progress of a game through a paid subscription. Don't get me wrong I supported him and his talent once before but it would be nice to know some sort of progress outside of Patreon.

imagine being a bot

pasting scam links in the comments

wait is this game really a scam?

No no no. There WERE comment bot scammers here

He Patreon only update for more than 1 day = SCAM

Jack Smith is a scam lol

Man this guy is most likely a millionaire right now and he doesnt give any fucks about this game. He is a greedy fuck. he has lost over 1k of his patreons since he doesnt update this game. Just milking it for the money that is why he is a horrible dev. This game has potential but this dev is just horrible.

AHOY THERE i have just played your game and loved it, also decided to record a lets play of it

Will you update the game here that you pay for?  It says outdated.

Is the game also available in Italian?

How do you fish? I always go to the end of the dock, select the fishing rod, right click, and while maintaining right click I left click. Am I doing it wrong?

You need to look down towards the water while you do so.

I know. It doesn't work with my laptop touchpad so I have to use an external USB mouse.

Very good 3d novel, but you have a few choises in there. But it's relly cool!

I have no paypal or something like that could you pls let me pay with psc?

Im confused, for the full version i need to pay 5USD or i play the free version and get the same ending everytime. IDK pls reply i need answers.

I mean, what's confusing you here? the free version isn't the whole friggin' game, just a demo.And an old one at that...

this game will be released never, i feel it now, sadly ;(

6,871 and deciding to not show how much money they are making off this, every month.  Take that for what you will, I know what it says to me. 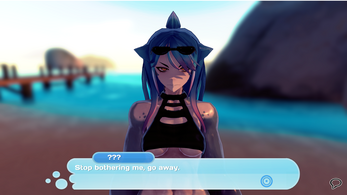 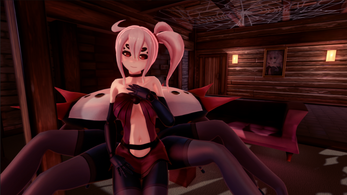 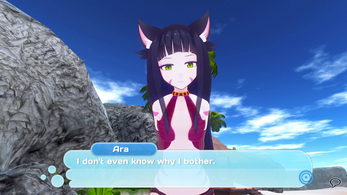 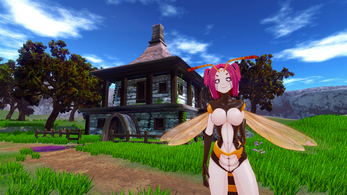